SACF is a member of Community Foundations of Canada (CFC), a network of  191 community foundations.

Directors are nominated to the Sussex Area Community Foundation from a committee of the following:

*Board members are appointed for a term not exceeding 3 years
*In most cases, after two consecutive 3-year terms, a SACF board member is not eligible for reappointment until one year has elapsed since the end of his/her second successive term.

Returns to the Community 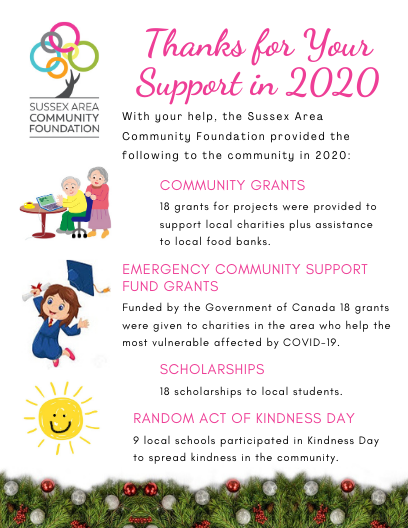 Email us at sacfi@nb.aibn.com to learn more about donating.

Your support makes a difference!

SACF joins 190 other community foundations across the country as part of the Community Foundations of Canada.